Section 1: Choose the correct word or phrase from the list below to complete each of the following sentences:

Section 2: Read the following passages and do the tasks follow:

Passage 1: Read the passage and answer to questions:

In 1274, Italian explorers Marco and Niccolo Polo set out on a 24 year Journey in which they traveled the famous Silk Road from Italy, through brutal deserts and towering mountains to eastern China. They traveled over 4,000 miles in all. Marco and Niccolo were among the very first Europeans to explore the fabled empire of China. In China, Marco Polo even worked for ruler Kublai Khan. Polo detailed his experiences and findings in China by writing a book. Polo described materials and inventions never before seen in Europe. Paper money, a printing press, porcelain, gunpowder and coal were among the products he wrote about. He also described the vast wealth of Kublai Khan, as well as the geography of northern and southern China. European rulers were very Interested in the products Polo described. However, trading for them along the Silk Road was dangerous, expensive and impractical. European rulers began to wonder if there was a sea route to the east to get the products they wanted at a reasonable price.

-> His journey to China lasted 24 years.

-> Kublai Khan was China’s ruler and he was not poor. Conversely, he was described as an extremely wealthy emperor.

-> He came to China from Italy

-> It was because they were interested in the products described by Polo while shipping goods va the Silk road was dangerous, expensive and impractical.

Passage 2 : Read the passage carefully and choose ONE which you think fits best

Banks also give loans to people. Banks use the money that their customers deposit to lend to people to buy new houses, cars, or to start businesses among other reasons. The bank makes money from lending by charging interest. In other words, people have to pay back more than they borrowed. This amount depends on how risky the bank thinks the borrower is and how fast the loan is paid back among other things.

1, How much “interest” do borrowers have to pay?
A: It depends on a lot of things.
B: Most borrowers don have to pay interest.
C: Everyone pays the same amount of interest.
D: The story doesn’t say.

4, What do banks NOT do?
A: Give loans
B: Tax people
C: Allow people to pay bills online from their accounts
D: Charge Interest

5, How do banks make money?
A: Electronically
B: By having a lot of accounts
C: Saving their customers deposits
D: Charging the interest to those they lend to

Section 3: Read the paragraph below and think of ONE word which best fits each space. There is an example at the beginning (0).

How do you find a book in a library? If you know the author’s name, go to the author catalogue. Find the title of the (0)……… book…….and check the shelf mark. (1) Make a note of this before you (2) look for the appropriate shelf. If you do not know author’s name, however, go to the title catalogue. If there is no (4) title catalogue in the (5) library  go to the subject catalogue. Check all the titles which are under the (6) subject you want. Then check the appropriate card, as with the author (7) catalogue Next, look for the book on the (8) shelf Let the librarian stamp it before you take it out of the library. If the (9) book isn’t on the shelf, ask the (10) librarian to get it for you.

Section 1: The words in brackets can be used to form words that fit into the following sentences.

Example: I……… this morning, and I was late for work (SLEEP)

Answer: I overslept this morning, and I was late for work.

Section 2: Make all the changes and additions necessary to produce complete sentences from the following sets of words and phrases.

Answer: I used to live in this house when I was young.

-> If you take this exam without studying, you are likely to fail.

-> The children were/are full of excitement at the thought of their coming holiday.

-> Many attempts have been made to overcome the language barrier but little success has been made.

-> Jack London’s life and writings are thought by many to represent the American love of adventure.

-> They had no intention of putting an end to the crisis in those days.

-> James watt was a Scottish scientist, who is known for his invention of the steam engine.

-> You will not pass the coming exam unless you work hard.

-> Our beautiful forests will be destroyed if we do nothing to preserve them.

Section 3: Finish each of the following sentences in such a way that if means exactly — the same as the sentence printed before it.

Example: She needs to study harder.

-> The sea was too rough for the children to go swimming.

-> I had my car serviced by the mechanic last week.

-> You’d better put your money in the bank.

-> The restaurant is too dirty to eat there.

-> In spite of this good salary be was unhappy in this job.

4.2. Translate the following sentences into English.

-> I apologize that I am unable to help you, this is beyond of my capital.

-> Our company treats staffs very well, so it is no surprise that they are so dedicated.

-> We need to negotiate and implement international aggressive to protect public health and environment resources.

-> Board of directors strongly supports new business policies/strategies of the company.

-> Vietnam is popular not only for Ha Long Bay but also for various of delicious cuisines.

Section 1: Choose the correct word or phrase from the list below to complete each: of the following sentences

Section 2: Read the following passages and do the tasks follow:

Passage 1: Read the passage and answer the questions

Money is what you use to buy things. You may earn money from completing household chores, getting good grades, for your allowance, or for losing a tooth! Money is very important in our world and comes in many different forms.

People have been using money for hundreds of years. Before money gave specific values for things, people simply traded items. In the United States, we use the dollar as our currency or money, but people in different parts of the world use different currencies, though some countries also use or accept our dollars.

People earn money from the jobs they work and use that money to save for the future or pay for their houses, cars, good, taxes, medical needs, and household items, among other things. Even things such as turning the lights on, using the air conditioning or heat, and connecting to the internet cost money.

-> We use money to buy things.

-> People have been using money for hundreds of years.

-> People simply traded items before there was money.

Passage 2: Read the passage carefully and choose ONE which you think fits best

Have you ever had the flu? If you have, you know how miserable It can make you feel. Most kids will get the flu sometime during their school years. When you have the flu, you usually get a fever (which can be high), have a cough, feel very tired, and may have a sore throat as well. It can make you feel sick for a few days or for as long as a week. Sometimes, it can be hard to tell if you have the flu or a cold, but with the flu, you’ll usually have a higher fever and feel much worse. The flu is a type of virus, which means medicine will only help the symptoms such as the cough and fever. For most kids, the flu comes and goes, but for some, if can be a serious illness.

Most kids get the flu in the winter because germs spread more easily when kids are inside in settings such as classrooms. The best way to prevent from getting the flu is to wash your hands often, keep your hands to yourself, and go to your doctor for the flu shot or mist.

1, According to the author….
A: most kids don’t even realize they have the flu
B: the flu can’t easily spread from one person to another
C. most kids get the flu in winter.
D: medicine can help kill the flu

3, What question 1st answered in the first paragraph?
A: How do I prevent the flu?
B: How long does the flu last?
C: When does the flu spread?
D: How many people get the flu?

4, Which of the following WOULD NOT help you in preventing the flu?
A: Getting a flu shot or flu mist
B: Washing your hands often
C: Keeping your hands to yourself
D: Shaking the hands of your classmate

5, What does the author IMPLY ¡n the following sentence?
“The flu is a type of virus, which means medicine will only help the symptoms such as the cough and fever”
A: Medicine will not help your fever or sore throat
B: Medicine will NOT be able to kill the flu
C: You should not bother taking medicine if you have the flu
D: The flu 1st not really a virus

Section 3: Read the paragraph below and think of ONE word which best fits each space. There is an example at the beginning (0).

British humour is often very difficult to (0) understand. A lot of (1) humour depends on the use of (2) words which sound the (3) same but have different meanings. For example, when someone said he was on a seafood diet, everyone thought that the person (4) ate fish. When he was asked what (5) type of seafood he ate, however, the (6) man  replied, It’s very simple indeed. When I (7) see food, I eat it. That’s a see-food (8) diet People often begin to (9) tell Jokes by saying. “Have you (10) heard the one about …?

Section 1: The words in brackets can be used to form words that fit info the following sentences

Example: I…….. this morning, and I was late for work (SLEEP)

Answer: I oversleep this morning, and I was late for work.

Section 2: Make all the changes and additions necessary to produce complete sentences /tom the following sets of words and phrases.

I used to live in this house when I was young.

-> A friend of mine who has recently returned from England advised me to write to you.

-> I was very pleased to receive the parcel you had sent.

-> Last Monday, I had an accident when I was driving to work

-> They had no intention of putting on end to the critics in those days.

-> Andrea is getting along very well in her new job.

-> In addition to having considerable experience, the new secretary.

-> His/her parents were once well-off but they went out of business.

-> He used to go hunting in forests when he was younger

-> The dog barked at the last night.

Section 3: Finish each of the following sentences in such a way that if means exactly the same as the sentence printed before it.

Example: She needs to study harder.

-> It was too late to do anything.

-> In case you get hungry on the train, you can take some sandwiches.

-> The fog prevented us from driving.

-> Unless somebody sends for a doctor, the child will die.

-> Maria wishes that she had apply for the job in the library.

4.2. Translate the following sentences into English.

-> China is currently considered the most dynamic economy in the world because of its rapid and sustainable development.

-> Never before has this countryside suffered such a terrible storm.

-> After selling this shipment. I will pay you.

-> There is no doubt that he is an outstanding leader.

-> Protecting the environment is protecting our lives. 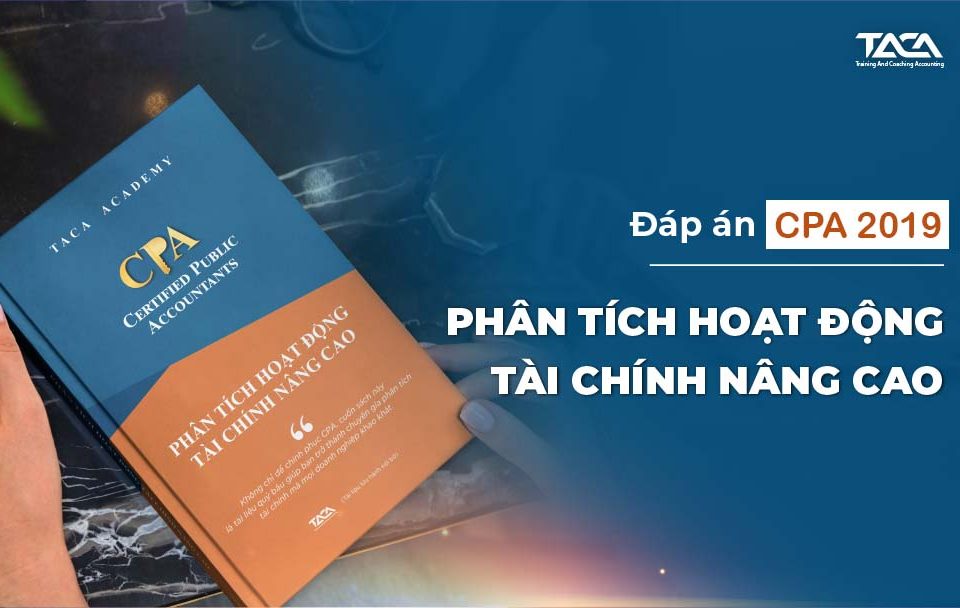 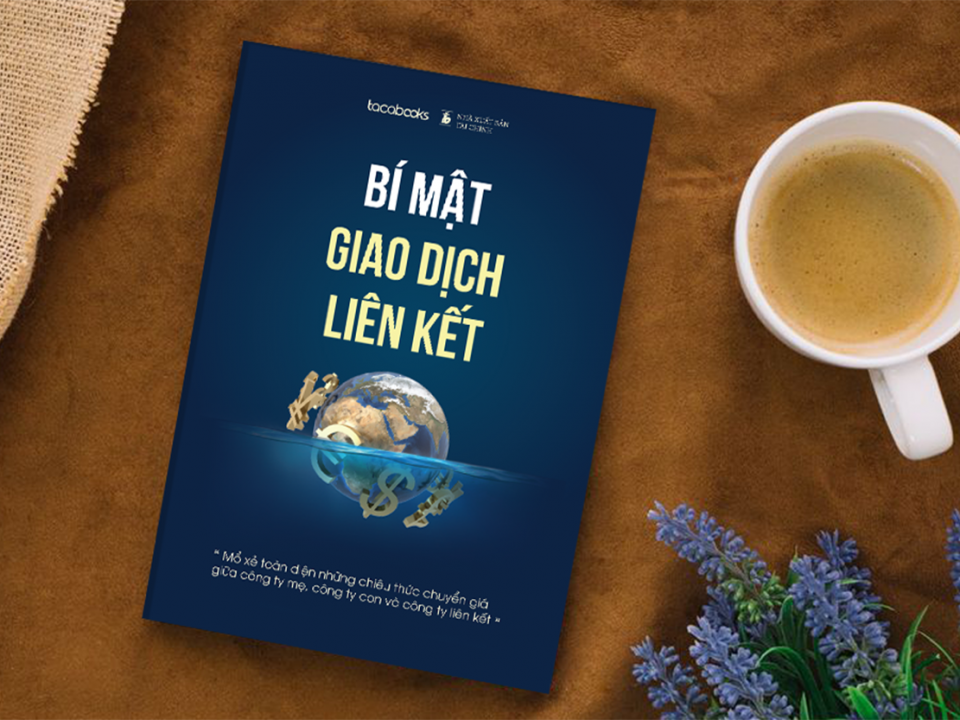 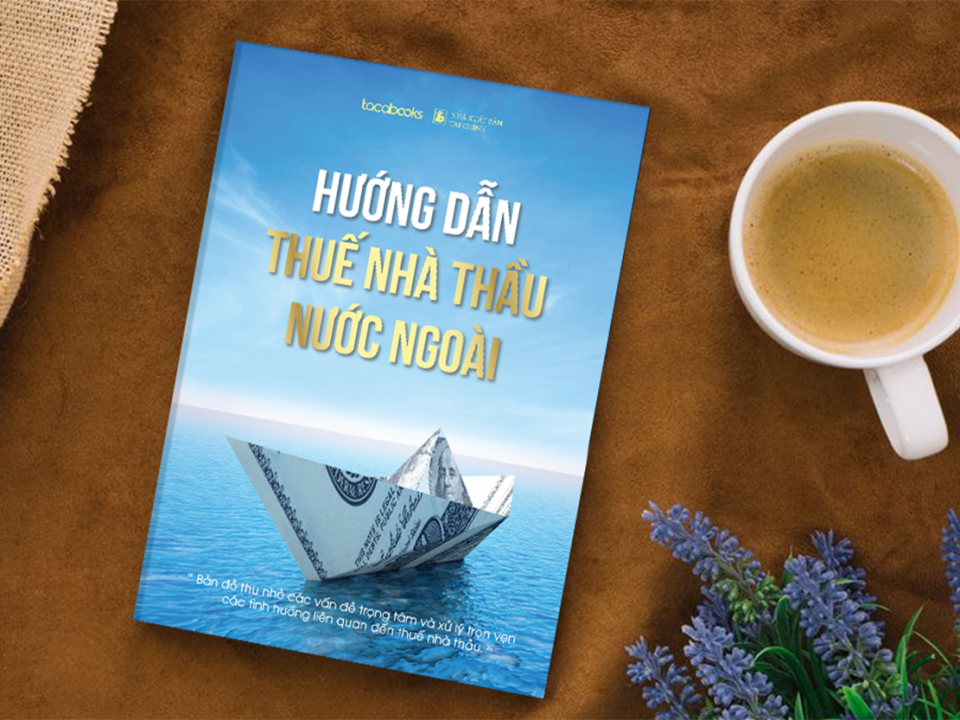 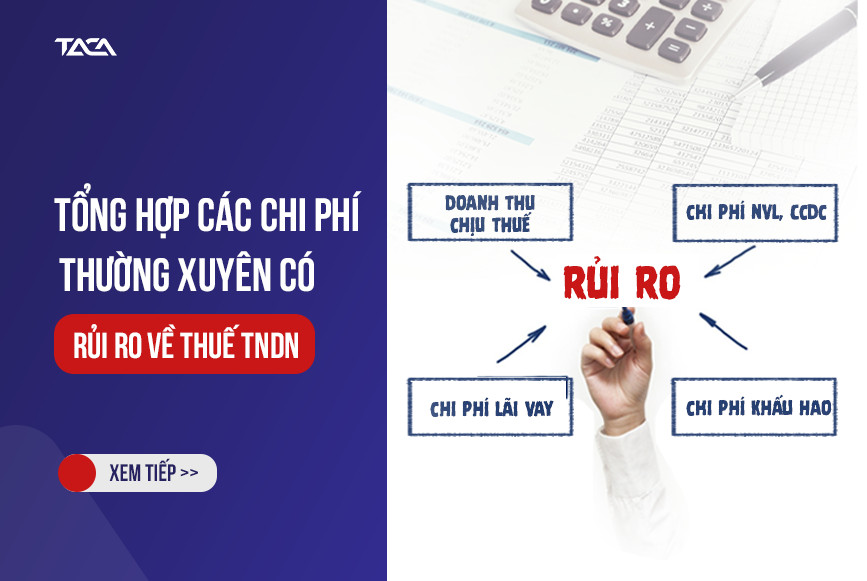 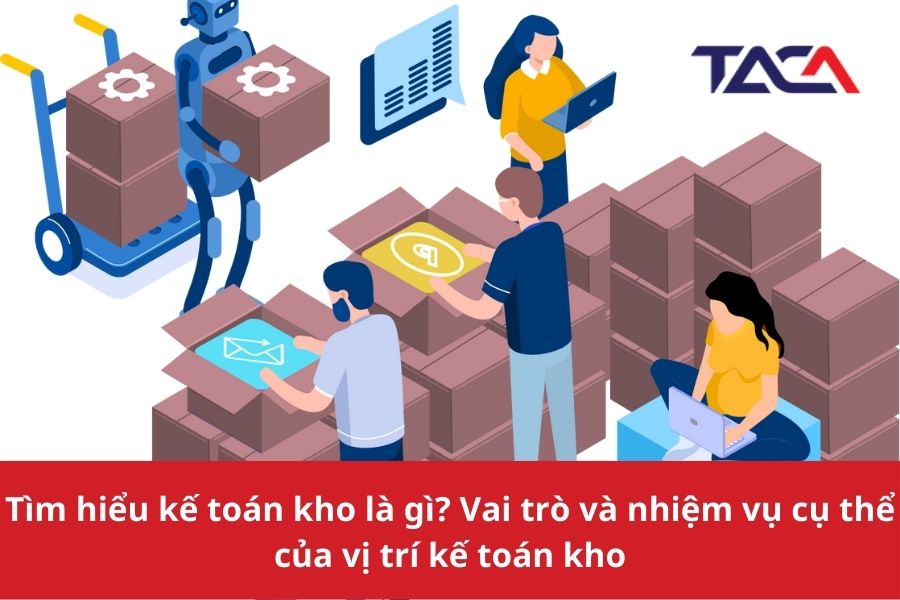 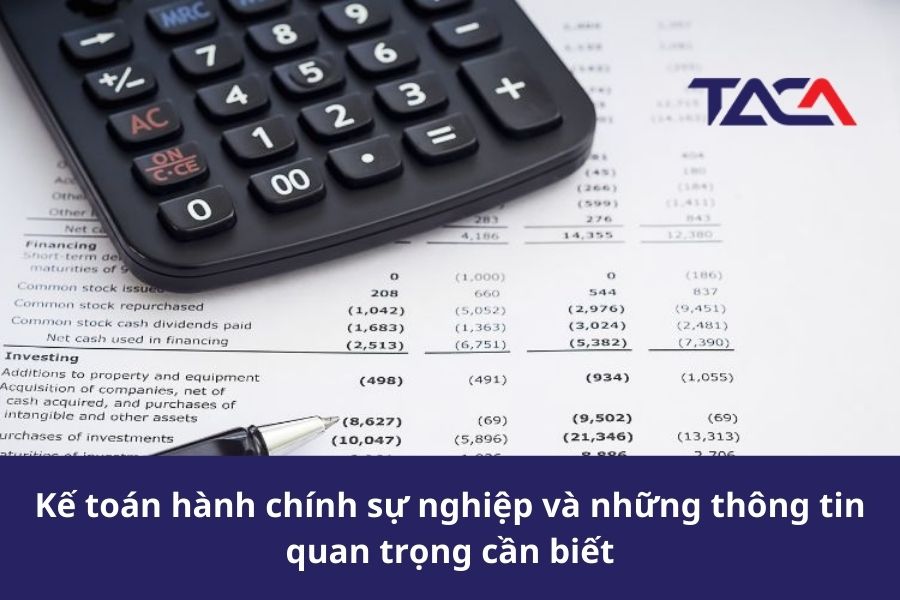